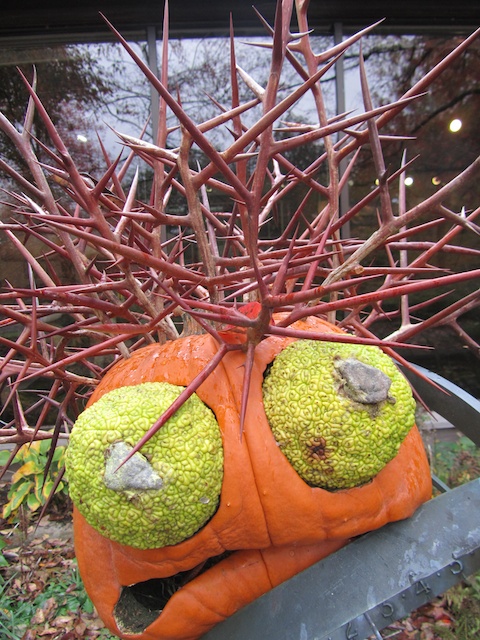 The Undaunted and Undented Osage Orange

The Osage orange tree doesn’t have a large following but I have become a big fan. I love its beautiful, glossy green foliage and its yellow stained wood. And there’s something even more irresistibly loveable about the misshapen, softball-sized pale green fruit that looks like an alien’s brain.

The timber is hard as nails, too. I know this first hand. I once owned a 1973 Datsun pick-up that rolled forward down a steep hill and hit a thorny Osage orange tree. My penance has been a long journey. I can’t look at one now without thinking about the crumpled heap that I sold for scrap. The tree wasn’t dented. I learned the hard way to put on the hand brake.

I’ve admired two mighty and historic Osage oranges in the past month. The first is at Fort Harrod, one of the earliest Kentucky pioneer settlements in Harrodsburg, Kentucky. The other whopper is on the American Horticultural Society’s River Farm in Alexandria, Virginia. Both have been contenders for the American champion Osage orange. The champion of them all is at the Red Hill Patrick Henry Foundation in Charlotte County, VA.

These three trees were possibly among the first passalongs from the Lewis and Clark Expedition. Stephen Ambrose, in Undaunted Courage, described Meriwether Lewis being given “slips” of the “Osage apple” in St. Louis by Jean Pierre Chouteau, the French Creole fur trader and businessman.  Chouteau received young plants or traded the “Osage apple” from the Osage Indians, 300 miles to the west of St. Louis. Meriwether Lewis wrote to Jefferson, “So much do the savages esteem the wood of this tree for the purpose of making their bows, that they travel many hundreds of miles in quest of it.” Maclura pomifera, commonly known later as the Osage orange, was the expedition’s first introduction of an unknown species from west of the Mississippi River. The first viable seeds of the mulberry relative were taken from Chouteau’s garden on the expedition’s return in 1806.  The first trees were planted in Philadelphia, at Monticello and perhaps on George Washington’s River Farm, just up the Potomac from Mount Vernon. It wasn’t long before the Osage orange made its way to Kentucky. The trees at Fort Harrod and River Farm have stood for over 200 years.

The Osage orange, unfortunately, earned a bad reputation decades before my misfortune with the truck.  Its golden era, as one of the most widely planted trees, began to fade in the late 19th century. There’s only a little interest in bois d’arc (wood bows) anymore, and impenetrable thorny fencerows, made from the tree, fell out of favor after barbed wire came along.

Nor is Osage orange at the top of anyone’s hit parade of standout landscape trees. Besides the weapons-grade thorns, nobody wants to park their car underneath a female tree when it is raining green bombs in September and October.  I asked Ben Miller, who farms near Shakertown, not far from Harrodsburg, if he’d ever planted an Osage orange and he said, “Not if I could help it.” Farmers find them a nuisance. The hedge apples can lodge in the esophagus of cows, and the thorns puncture tractor tires.

The thorns are a probable remnant from the Pleistocene era. Claude Stephens, Education Director at Bernheim Forest and Research Arboretum, said,  “The thorns on the honey locust, and, I imagine, the Osage orange as well, were plant defense mechanisms protecting the tree from Pleistocene megafauna. It’s also a plausible theory that some of these Pleistocene megafauna (giant ground sloths, mastodons, etc.) were important in seed dispersal.”

Someone needs to spread the gospel. Any tree with a history of ground sloths, that transplants easily, is tolerant of wet and dry soils, and is not fussy about pH can’t be all bad. And the tree is bound to have a few supporters if you can also claim that it is insect- and disease-resistant, withstands drought and wind, and has rot-resistant wood. Yet you can count the proselytizers on one hand.

John Pair loved and promoted Osage oranges, in Kansas, for over 30 years.  He left a few acolytes to carry the torch, notably Guy Sternberg of the Starhill Forest Arboretum in Petersburg, Illinois, and Andy Schmitz of the Brenton Arboretum in Dallas Center, Iowa. Andy is happy to sing the tree’s praises and counts 27 selections that he has acquired from the John Pair Center, from Sternberg, and from others.  Among them are oddities such as ‘Cannon Ball’ with a fruit that weighs-in at a hefty three pounds and ‘BB’ that produces tiny hedge balls. But the goal, in a perfect world of care-free gardening, would be to introduce a male (no fruit!) with no thorns. Schmitz says ‘Denmark’ ‘Keokuk’, ‘Derby’ and ‘Triple O’ look promising. Life has to be full of promise for anyone who loves an Osage orange. 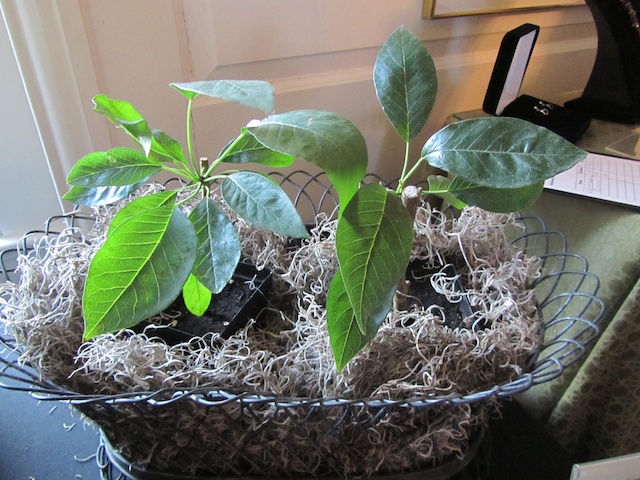 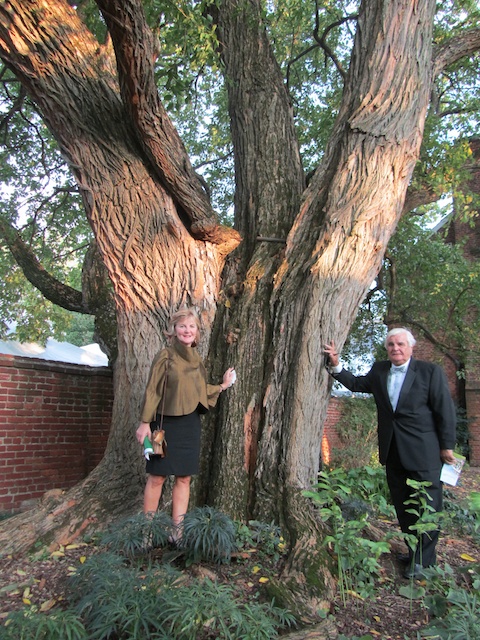 Last month, Rose and I attended, with Hannah and Kurt Bluemel, the annual gala for the American Horticultural Society at the beautiful River Farm. There was a silent auction with lovely wooden bowls, late flowering daylilies, and tempting gardening books. I had my eye on two cuttings of the historic River Farm Osage orange, rooted by Andy Schmitz and potted-up in 4 ½” pots. I kept bidding up to $125.00. Was I out of my mind?

I lost to the high bidder of $150.00. I should have kept an eye on the bid sheet. Nutty or not, I would have gone higher.